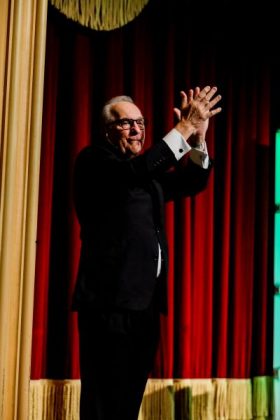 The picture was taken at the ACUMA 2018 Annual Conference at Bellagio, Las Vegas. The ACUMA Chairman had just announced Bob’s retirement as ACUMA president.

Dorsa handed the reins as president of the American Credit Union Mortgage Association to longtime colleague Tracy Ashfield in 2020, and he has served as senior advisor for ACUMA for the past 15 months.

“I just felt it was time for me to step away,” Dorsa said. “I’ve had the opportunity to watch ACUMA grow for more than two decades, and that brings me a lot of satisfaction.”

Dorsa said he intends to keep serving credit unions until at least 2024, and possibly beyond, “as long as I still have fuel in my tank.” With the Covid pandemic receding, Dorsa said, “Credit unions will have great opportunities for growth, and I hope my experience can lend a hand.”

As a founder and then president, Dorsa led the growth of ACUMA from a handful of credit unions to become the largest association of CU mortgage lenders with more than 400 member owners, including most of the Top 300 mortgage-originating credit unions. This year ACUMA marks its 25th anniversary.

Dorsa served as ACUMA president from 2005 to 2019. He has managed all facets of the non-profit’s activities and served as its official industry spokesperson. Dorsa also handled event meeting planning and business operations for the association. Under Dorsa, ACUMA built a relationship with the National Association of Realtors (NAR), and the association staffed an exhibit at NAR’s annual conference from 2003 to 2019.

During his credit union career that began in 1974, Dorsa has held executive management positions at several credit unions in addition to his visionary role at niche associations like ACUMA and, before that, the National Association of Credit Union Service Organizations (NACUSO). Dorsa is a co-founder of NACUSO and served as that association’s president for more than 15 years. Dorsa presided over both associations from 1996 to 2005, when he took on the ACUMA role full time.

Dorsa blogs on credit union mortgage lending and has written many articles and op-ed pieces. He frequently contributes to trade publications and journals. His years of experience has led to his belief that real estate lending opens many doors for membership growth and enhanced relationships with all members, especially younger members. He believes mortgage lending is critical to the future success of credit unions.

Recognized as an Honored Lifetime Member of Strathmore’s “Who’s Who in the U.S.” Directory, Dorsa was inducted into the inaugural “Who’s Who in America’s Credit Unions” directory in 2008. Dorsa’s career also includes work in financial services and insurance. He holds active insurance licenses, predicting it will become a high growth area for credit unions.

Dorsa has lived in Las Vegas since 2000. He has two adult children and two beautiful grandchildren.

The American Credit Union Mortgage Association provides resources and education to credit unions aimed at streamlining performance, processes and procedures for real estate lending services. ACUMA’s goal is to encourage credit unions to help more consumers get fairly priced and safe mortgage loans delivered locally, and in so doing, providing them with a pathway to the American dream of home ownership.

Cultural Competence and the Opportunities within Emerging Markets

Have a question about ACUMA. Send us an email and we'll get right back to you.